Showing posts from March, 2013
Show all

A is for Animals - The A to Z Challenge 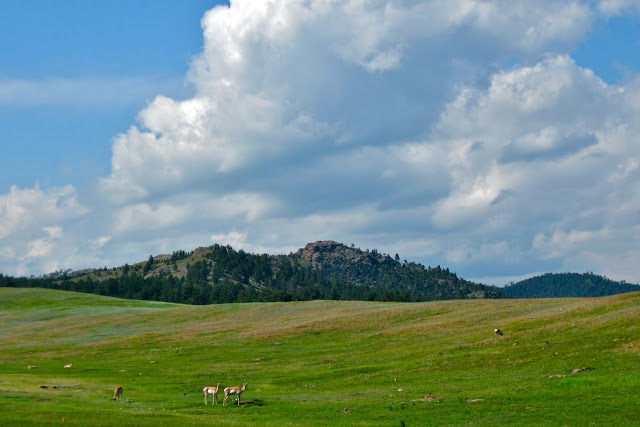 A is for Antelope My friend Courtney from Maui Jungalow contacted me and asked if I wanted to do something crazy. She informed me that she had entered an A to Z blogging contest and she challenged me to do likewise. The A to Z Challenge requires participants to publish a post almost everyday in April. Each post features a different letter starting with A and ending in Z. That's 26 posts in 30 days, Sundays are off for good behavior. That's not crazy, that's impossible. I have a hard enough time keeping up with one post a week much less six. I thanked Courtney for the invitation, let her know that it sounded like a bit much for me and wished her good luck. Of course, after further contemplation, creativity began to flow. I have thousands of photos stashed away in shoe boxes, maybe I could somehow incorporate them into a daily posting. I rummaged through the archives, hunting for inspiration. I guess I found it, because I signed up to take the challenge. My theme w
10 comments
Read more

Fillius Park - Gateway to the Mountains 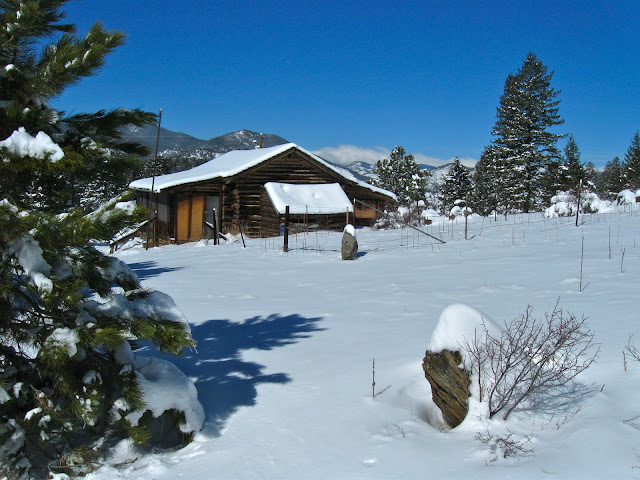 An abandoned cabin is a reminder of the past "Thousands of tired, nerve-shaken, over-civilized people are beginning to find out that going to the mountains is going home; that wilderness is a necessity, and the mountain parks are... fountains of life." ~ John Muir. In the early 1900s, naturalists like John Muir shouted from the mountaintops about the need for conservation. They wanted to make sure America's wilderness treasures were protected from the destruction of Westward Expansion . Heeding Muir's advice, the City of Denver began purchasing land in the mountains to offer an escape from urban stress and provide outdoor recreation opportunities for its city dwellers. Frederick Law Olmstead Jr. designed a series of mountain parks, linked by a network of roads, all within a day's drive of Denver. Consequently, Fillius Park was created as a gateway rest stop for tourists on the way up to Squaw Pass and Echo Lake. Every day on my way home from work, I drive
Post a Comment
Read more 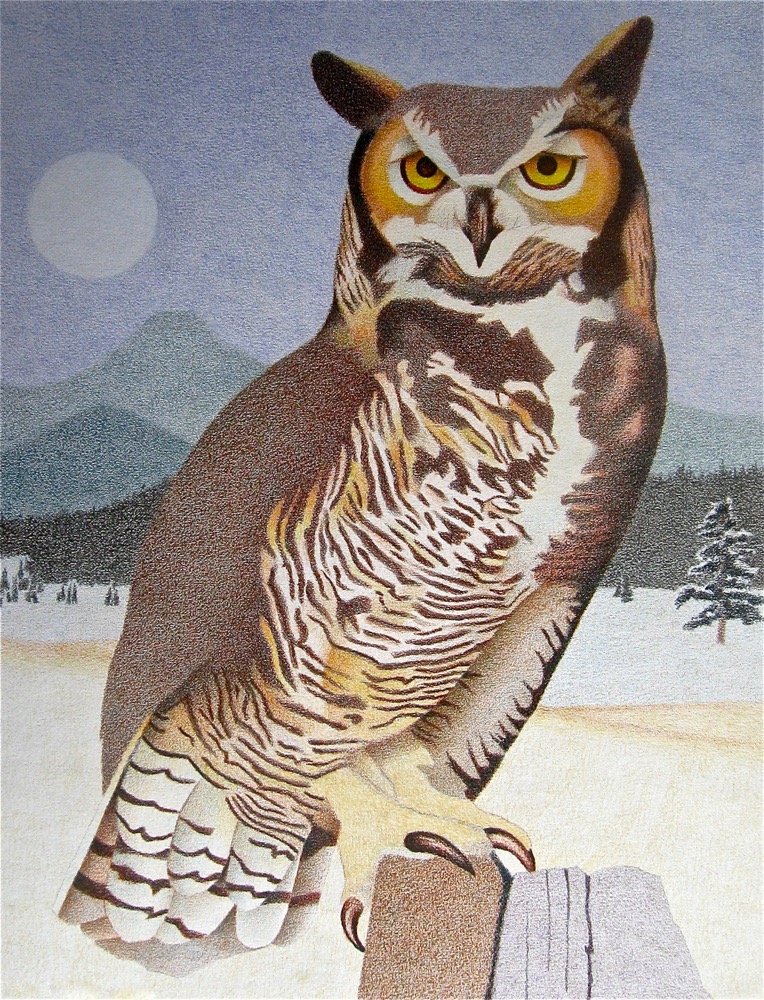 "Great Horned Owl" Colored Pencil It's dusk and a great horned owl is positioned on a broken post near the forest's edge. Motionless, it waits patiently for the reemergence of its subterranean prey, the meadow vole. In the background a full moon has risen above the blue, volcanic-shaped peaks. The heavily built owl is mostly brown with vivid striping across the pale chest. The facial disc encompasses large, yellow eyes and a pointed beak. Powerful, black talons grasp the wooden perch. The large ear tufts are neither horns nor ears they're just feathers that form the most distinctive feature of this fierce predator. According to one author, "Almost any living creature that walks, crawls, flies or swims, except the large mammals, is the great horned owl's legitimate prey". Its preferred food source is small to medium-sized, nocturnal mammals such as rabbits, shrews, mice and voles but it has the power to predate much larger fauna like porcupines
Post a Comment
Read more

Downward Travel - Snowstorm at the Lake 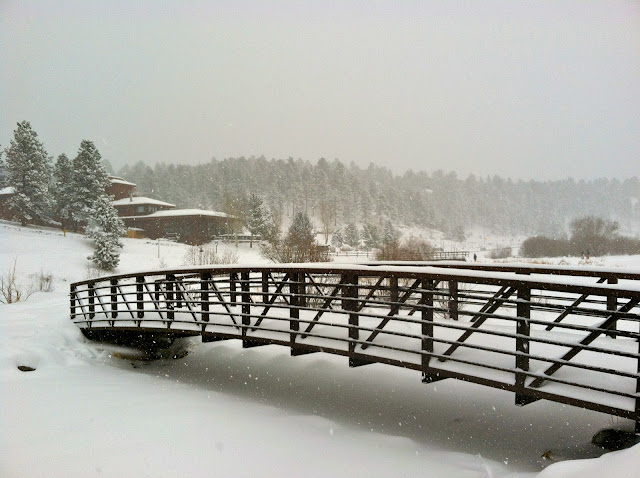 Snowstorm at Evergreen Lake "My idea of travel is a downward travel really. Getting to know where you are better and exploring feelings that you know more deeply. I always think that 'knowing something by heart' gives you a depth of possibility which is more powerful than seeing new sights, however marvelous and exciting they are." ~ Lucian Freud One of the places near home that I have been exploring more deeply is Evergreen Lake. A summer's evening stroll near the water is delightful but trudging along the shoreline during a winter snowstorm is invigorating. Most people enjoy hiking on a warm, sunny day but I prefer being out in nature during a storm. The landscape becomes more interesting and trying to depict the weather effects convincingly becomes more challenging. First-hand knowledge of the subject clarifies the dramatic changes in line, color and perspective and it encourages the artist to create a more truthful expression of the scene. I've alw
2 comments
Read more
More posts