Showing posts from September, 2019
Show all

An Autumn Excursion - The Season of Change 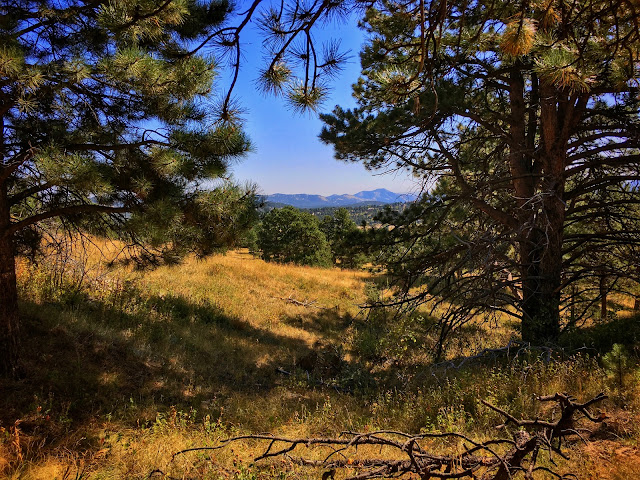 An autumn excursion September is an unpredictable month that is sometimes warm and sunny, sometimes cold and windy. It’s that slice of the year when the people, plants and wildlife are in an urgent transition as they prepare for the inevitable winter hardships. The weather this fall in the foothills has been mild so the dried grasses are a warm mixture of orange and brown. Most of the aspen trees are just beginning to change but in the deepest, darkest drainages, the groves are glowing bright yellow. During our last excursion, along the forest’s edge, we watched as a herd of elk grazed heartily while the bull bugled theatrically. A family of Abert’s squirrels gathered food furiously and horded it safely in the heights of a ponderosa pine. Most of the birds are gone but a few will stay through the cold including the hardy red-tailed hawk who will extract voles directly out of the snow. It must be the finches’ favorite time of the year as they feed on the seed-bearing thistle
Post a Comment
Read more

After the Storm - An Exquisite Setting 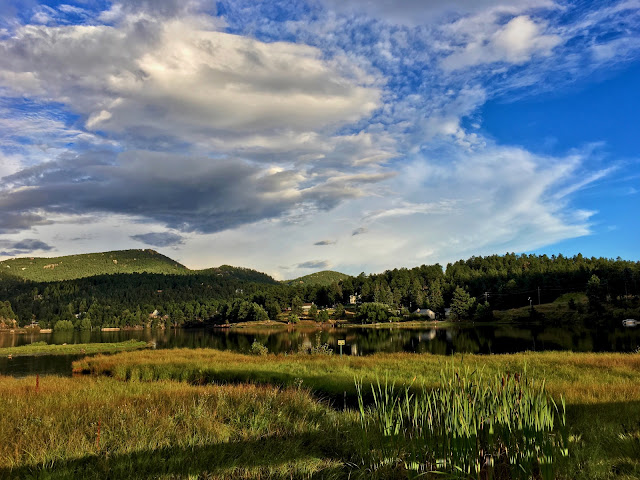 Evergreen Lake after the Storm A solemn-gray Sunday morning started out with light showers and escalated into a severe thunderstorm that kept everyone shut in. Dark and cold, the slow moving system was characterized by heavy rain, marble-sized hail and scary lightning strikes. After a few hours, the dramatic weather drifted to the east and the broken clouds allowed shafts of low light to confirm the event’s conclusion. Under such unusual conditions Evergreen Lake was awash with a sheen of surreal color. After the storm everything was calm and quiet as the drenched landscape was completely devoid of another living soul. The mountain scenery was reflected, with stunning precision, across the water’s smooth surface. What made the evening so extraordinary was the impressive cloud formation that dwarfed the foothills landscape. The evening’s celestial dispersion eased the tension generated by earlier, threatening tones. A muddy trail led to the wooden boardwalk that skirted acr
4 comments
Read more 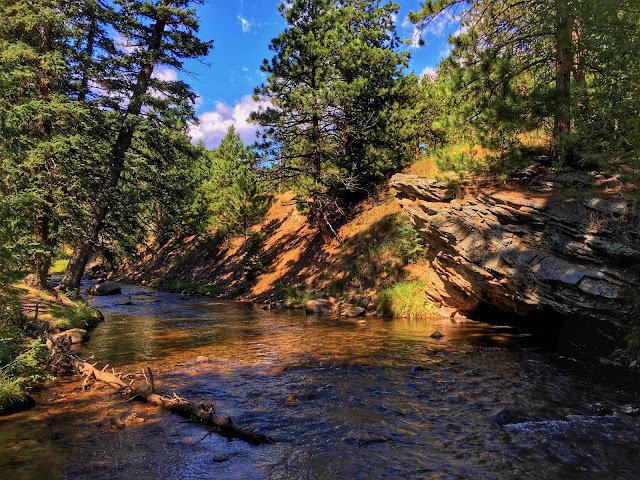 Upper Bear Creek Bear Creek begins its incredible journey at Summit Lake just below Mount Evans. The picturesque tributary flows all the way down through the foothills to its terminus in Denver. In the town of Evergreen, Upper Bear Creek is restrained by a stalwart dam where it’s transformed into a charming lake nestled in the mountains. A couple of miles upstream from the barrier, Dedisse Trail follows the winding path of the wild waterway. Before drifting into the wetlands delta, the persistent stream cuts through a narrow, forest-filled canyon. Even though the water is running at its lowest level of the year, the rocks and boulders generate whitewater rapids that still exhibit some impressive force. Down in the dark underworld of lush vegetation, giant conifer trees grow straight up from the water’s edge. It’s a lively habitat where a red squirrel scolds any stranger bold enough to enter its domain and a blue heron moves in a graceful manner while hunting for fresh fish.
2 comments
Read more

The Rocks and a River - Just Another Day in the Panhandle 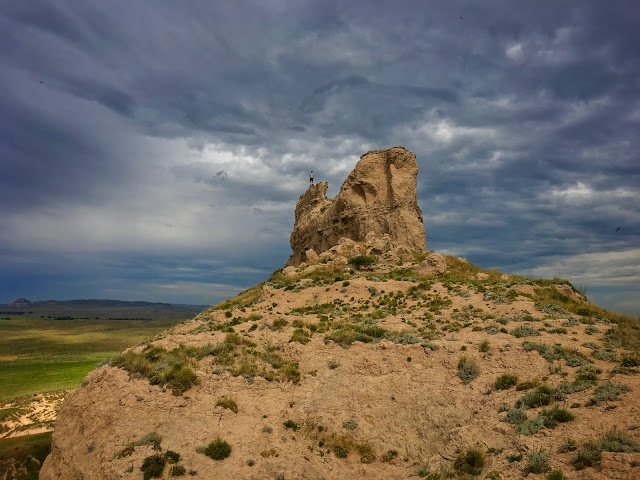 The stormy summit of Courthouse Rock Rising prominently out of the low prairie, Courthouse and Jail Rocks are historical landmarks that, once upon a time, guided wagon trains across western Nebraska. Today, the twin towers still loom over the Great Plains and after all these years, they’ve evolved into a formidable challenge to all free climbers. As Jail’s sheer rock wall is virtually impossible to ascend, we attempted to scale Court on a stormy, Saturday morning this past summer. A careful approach to the base of the beast was necessary because it traversed a rugged grassland rife with deadly rattlesnakes. We negotiated the lower sections of the imposing ziggurat without much concern as the sticky sandstone offered generous hand and foot holds. To reach the top, the crux of the climb was just below the final tier where we had to overcome the fear and physics of an unimaginable overhang. While we rested on the slender summit, we enjoyed a panoramic view that ranged from the
2 comments
Read more 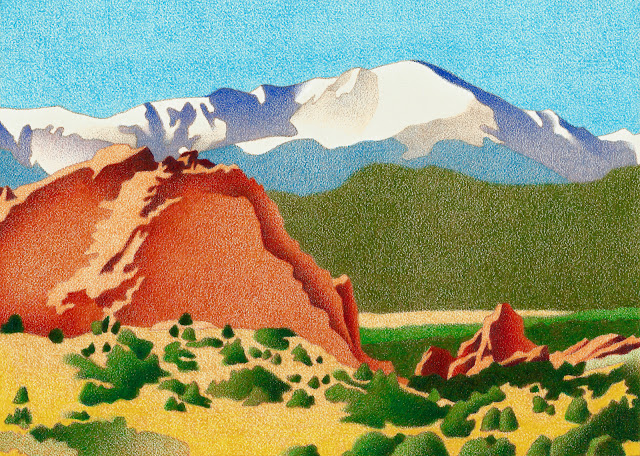 "Pikes Peak Winter" Colored Pencil Dominating the skyline at Colorado Springs, Pikes Peak has been inspiring explorers, gold seekers and artists for over 200 years. It’s named after the adventurer Zebulon Pike who first beheld the majestic mountain in 1806. Rising out of rugged terrain, Garden of the Gods is a glorious gateway to the remarkable peak. During the winter Pikes Peak is speckled with white snow as much of the powder has been whisked away by a ferocious wind. The dramatic scenery features red sandstone slabs that stand out sharply against the dark greenery flourishing below. In this drawing, the white of the paper is the lightest end of the value scale while the foreground shadows are the darkest end. Shading the bushes is an effective way to create variety in tone, describe forms and imply detail while generating interest in the foreground elements. The subtle gradations clearly define the separate sections of brush. The composition’s warm undertone i
2 comments
Read more
More posts