Showing posts from October, 2013
Show all

Legends of the Fall - Predicting a Long, Cold Winter 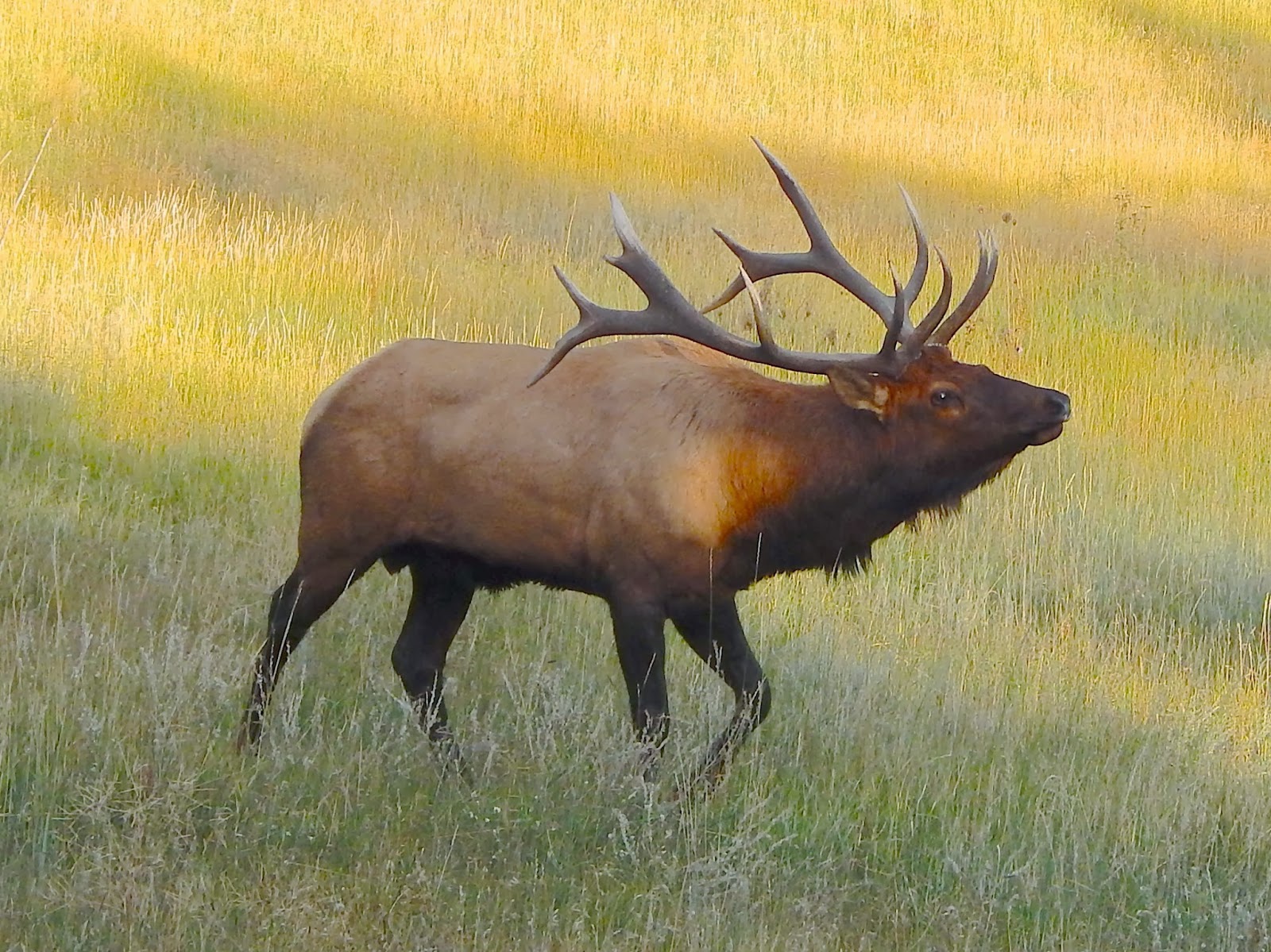 Massive bull elk express their dominance It's October so the haunting calls of wild beasts permeate the crisp air. The elk are in a frenzy and massive bulls bellow to express their dominance. Up here, the yearly cycle includes windy transitions that usher in four incredibly distinct seasons. Fall is special because of the mild weather and beautiful colors. Autumn always presents some striking juxtapositions. The orange ground is broken by fresh snow, pale aspen are set against dark pine and pure white peaks pierce the shimmering blue sky. The Mount Evans Road is closed and the birds have already flown south. A few red squirrels are busily gathering nuts while a pair of woodpeckers uncharacteristically share a tree. The forest is quiet but look closely, a little woolly bear is ominously distinguished by its narrow, orange band. It's going to be a long, cold winter. The elk rut occurs in October The haunting calls are legendary Mount Evans Road is closed F
4 comments
Read more 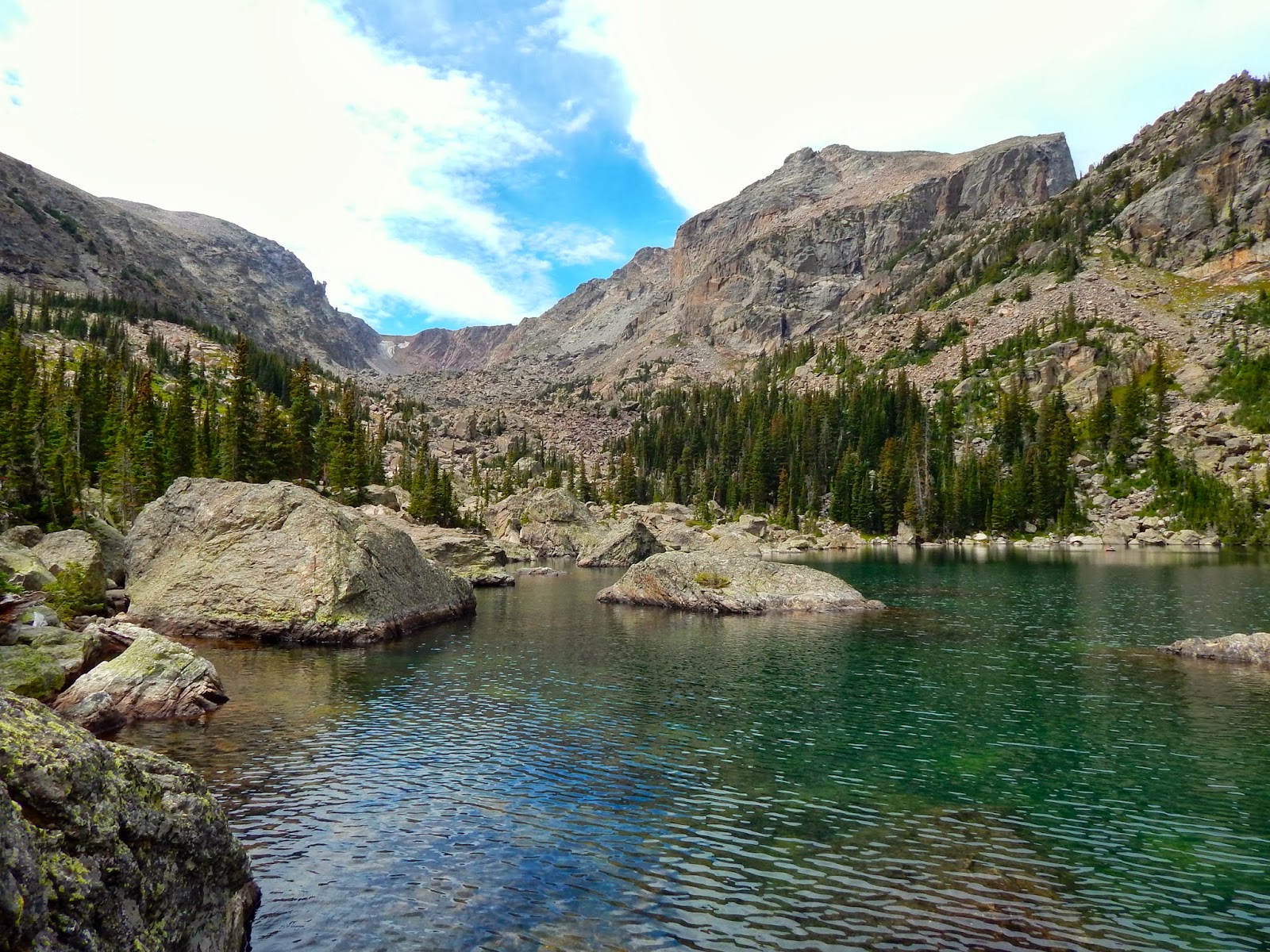 Lake Haiyaha is a jewel Lively Haiyaha is a beautiful, lush lake radiating an elegance that enriches our sense of well being, balance and harmony. It's a dazzling emerald set in the heart of a chaotic canyon. It's a rocky sanctuary far removed from the stress of a busy life. Nature lovers who are persistent enough to endure an uplifting trek will be rejuvenated by the calm setting. Water, rocks and trees form a harmonious landscape that nurtures a perfect equilibrium between the head and the heart. Giant boulders encompass a clear pool of optimism that inspires hope and a generous spirit. Lonely Haiyaha, don't be envious of your popular neighbors - Bear, Nymph and Dream. Stay positive. I know it ain't easy being green. It's an uplifting trek It's a calm setting A dazzling emerald A beautiful, lush lake Radiating elegance It's a rocky sanctuary A clear pool of optimism Chaos Canyon Neighboring lakes are mor
4 comments
Read more

Garden of the Gods - A Spiritual Connection 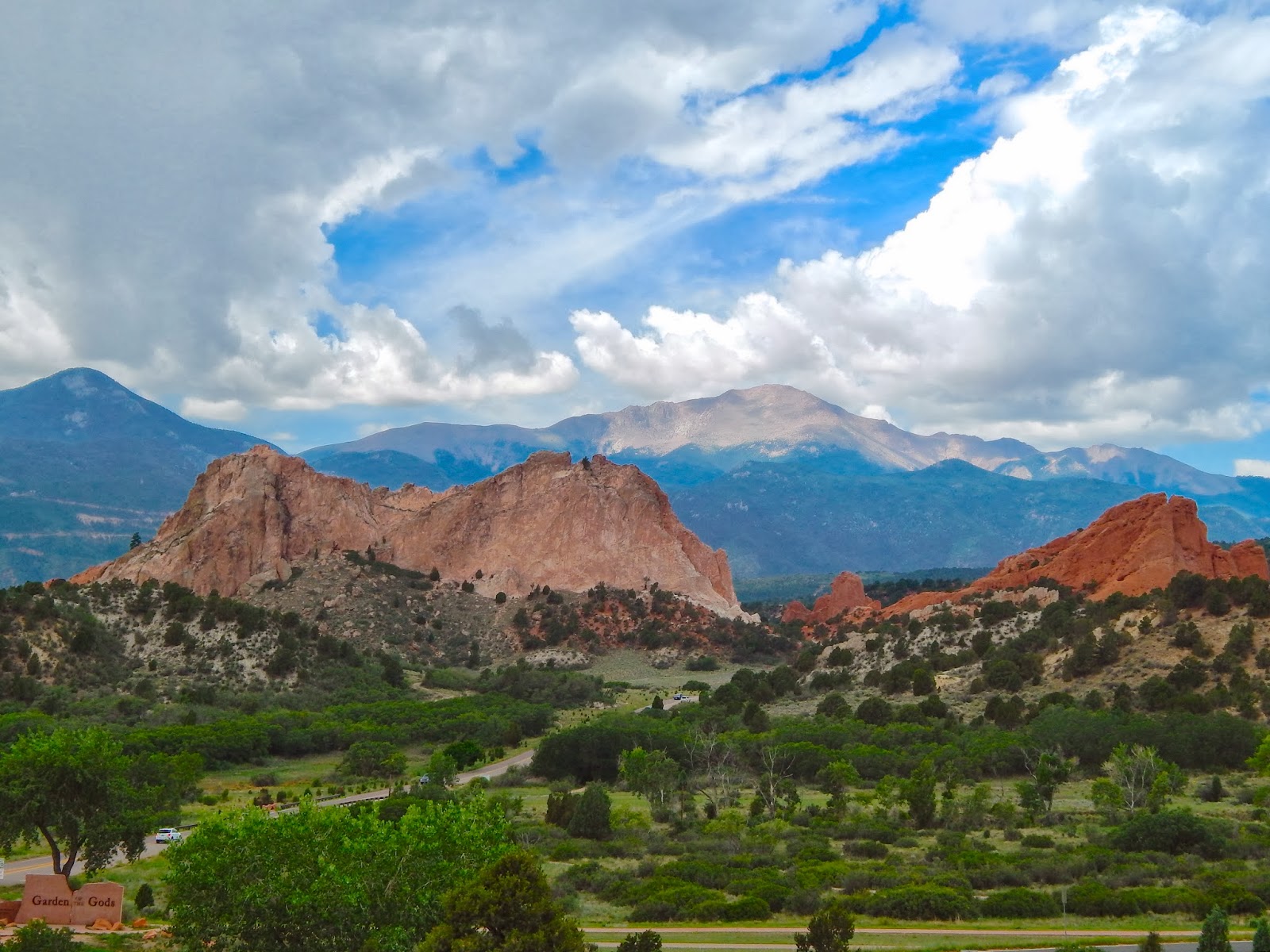 Garden of the Gods, Colorado "Once upon a time there was a great flood which covered all but the top of Manitou's Mountain. When the water subsided, the Great Spirit turned the floating carcasses of the drowned animals into sandstone, and rolled them down into a garden valley below where they remained as mute evidences of the Great Flood." ~ Indian Legend Down in Colorado Springs, beneath Pikes Peak, the site of that supernatural catastrophe can still be seen. In this special valley you'll discover 300 million-year-old rock formations with names like Balanced Rock, Cathedral Spires and the Kissing Camels. It's known as the Garden of the Gods but to the Southern Ute Indian tribe it's the Garden of Eden. They believe the creation of their people occurred at this sacred place. Great White Mountain (Pikes Peak) was the center of the Ute's world. They believed that on the summit of the thunderous peak stood the Western Gates of Heaven and there dwelt t
12 comments
Read more 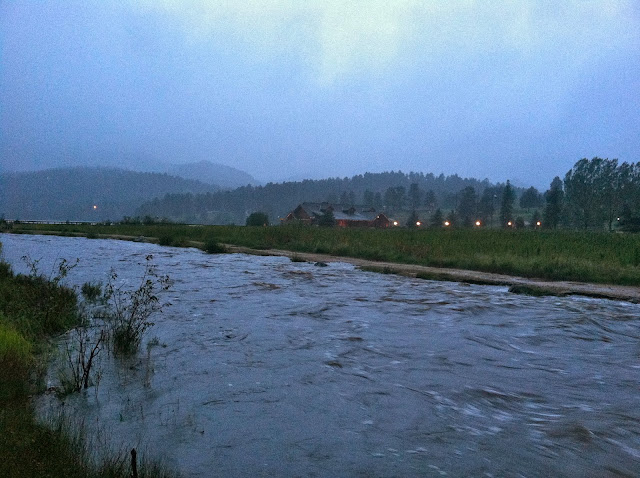 Flooded Bear Creek in Evergreen, Colorado "Be thou the rainbow in the storms of life. The evening beam that smiles the clouds away, and tints tomorrow with prophetic ray." ~ Lord George Gordon Byron Colorado has suffered from a horrendous drought for about fourteen years. The summers are hot and arid while the winters have been cold and dry. With less snowfall in the high country, lakes and reservoirs are parched from record-low water levels. Trees are dying and the aged pine forests are like giant matchsticks waiting to be struck. After an early outbreak of devastating wildfires, it looked as though the summer was going to be another scorcher. Then in mid-July something strange happened. We started getting daily, afternoon thunder showers. August in Evergreen was cool and wet. Dependable rainfall satisfied the thirsty aspen and produced abundant wildflowers. Everything was perfect in the mountains, again. So when it started raining on Tuesday afternoon, September
2 comments
Read more
More posts