Showing posts from February, 2019
Show all

Ponderosa Pine - At Home in the Mountains 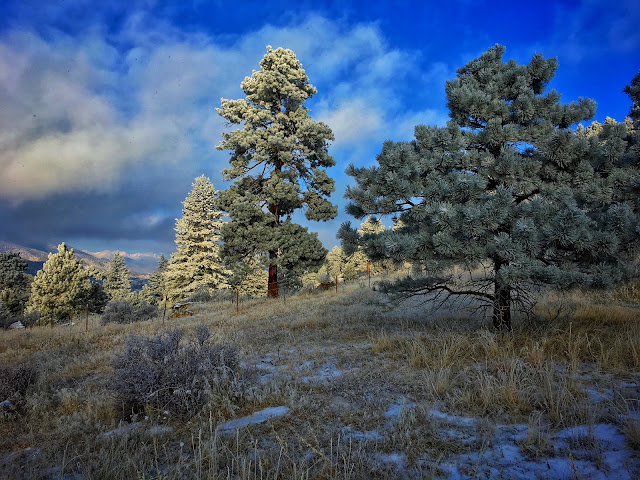 Ponderosa Pine This week's post is written by my uncle, Jerry Covault. Jerry is a retired United States Forest Service Ranger. During his 33 years spent working on National Forests in Oregon, Colorado, Wyoming and Montana, he has learned about the relationships between mountains, forests, soils, weather, fire, animals and people. Jerry shares some of his unique experiences in his new book "About Forests and People". He resolves to stimulate interest and curiosity about trees and forests and how people use them both through the ages and at present time. Jerry also discusses the problems our forests and environment have today and he suggests a few things that can help. The following essay by Jerry Covault is taken from his book "About Forests and People". Ponderosa pine is handsome and it gets big. To be in a stand (a foresters’ term) of big ponderosa with their orange plates of thick bark shining in the sun is akin to being in a grand cathedral - be
2 comments
Read more 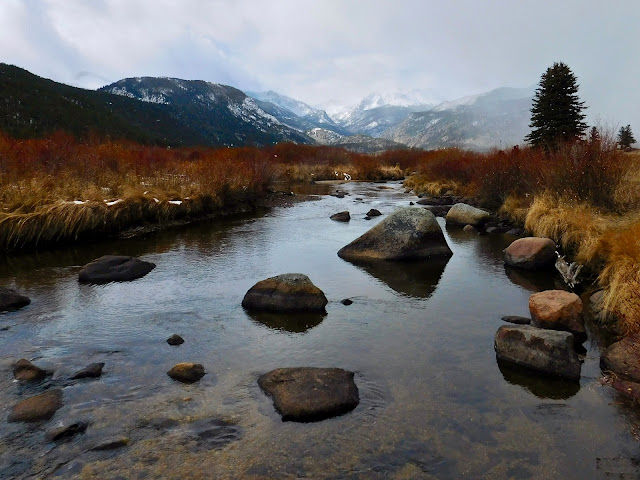 "Moraine Park" During the early winter, ice chips are sprayed down from the Great Divide into the Moraine Park Valley. Heavy clouds lurk towards the horizon erasing from view the big peaks that confine the isolated meadow. The glacial gorge was gradually created by the corrosive forces of ice, wind and rain. One of the eroded land’s last dynamic remnants is a wild, winding river known as the Big Thompson. At this point in its course, the creek meanders lazily through the gentle grassland. Some of the most distinguishing features are the protruding boulders that seem to stand upright during the season’s low tide. The yellow-ochre field is gouged by muddy, black banks that slide into the sandbars of rocky rubble. Tangled rows of red-violet willows adorn the deep fringes of this gorgeous waterway. It’s a heavenly region tucked away high in the northern Rockies where Colorado’s alpine beauty begins. As the grandeur continues to sprawl south, there are innumerable noo
Post a Comment
Read more 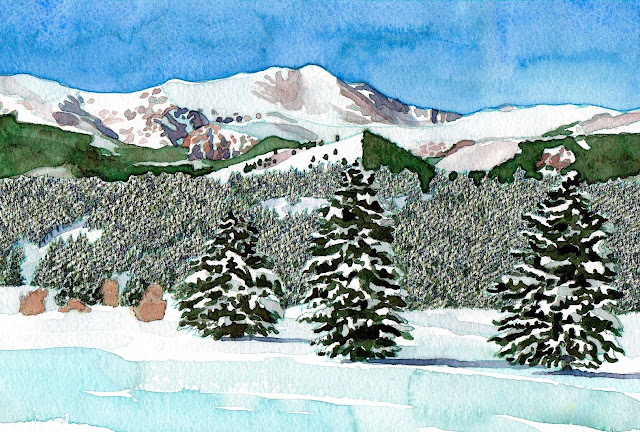 "Mount Evans Snowscape" Mixed Media It's a cold and windy day in a spectacular basin known as Upper Bear Creek. Buried under a blanket of fresh snow, Mount Evans is a lofty landmark that imposes it’s iron will on the local weather patterns. Tethered to the foreground, sturdy evergreens are built to withstand the brutal storms that wreak havoc on this hidden valley. Here, heavy snow clings to the blue spruce creating an intricate pattern of dark and light. This time of year, the landscape can only be expressed with mostly cool colors like blue and green. Surprisingly, there’s also some pink and yellow washed into the high peaks looming above the white glen. Such a difficult medium to work with, watercolor painting demands that you relinquish control. Most of the fluid brushstrokes are allowed to flow freely as they encourage you to let your imagination run wild. Strokes of colored pencil are scribbled across the textured surface, giving a loose suggestion of t
Post a Comment
Read more 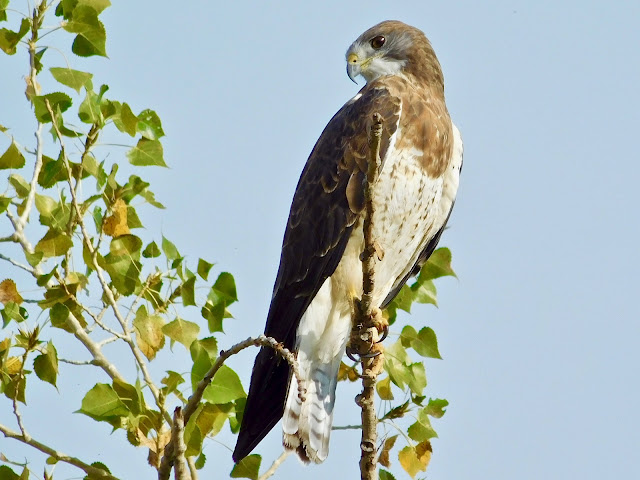 Swainson's Hawk Soaring majestically on summer thermals, the Swainson’s Hawk is a graceful buteo of the Great Plains. It gets its name from an early 19th century illustrator of natural history, Englishman William Swainson. Found mostly east of the Continental Divide, the species’ light phase is quite elegant. This narrow-winged hawk has dark flight feathers, white underwings and belly, a finely barred tail and a handsome rufous bib. Once a mated pair finds a site near the top of a solitary tree, they build a large stick nest and aggressively defend their isolated home. They feed the chicks a steady diet of rodents, rabbits and reptiles. When not in breeding season they voraciously eat a large amount of insects. They devour so many that in some rural regions of North America they are referred to as a grasshopper hawk or a locust hawk. The most remarkable behavior displayed by this amazing raptor is the astonishing, yearly migration to Argentina. In late summer they floc
Post a Comment
Read more
More posts